Alien Pilot in the Orchid 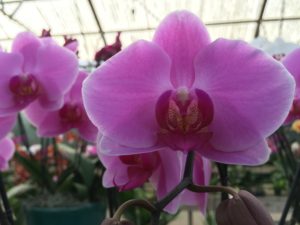 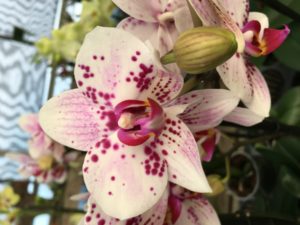 Have  you ever noticed that certain orchids contain a tiny alien pilot flying a floral space ship? Take a look. When we are flexible with our perceptions, the ordinary can become extraordinary. 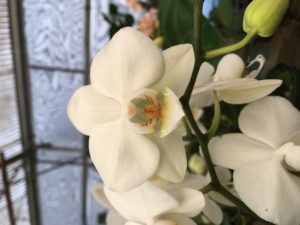 And now, a break from Election coverage… 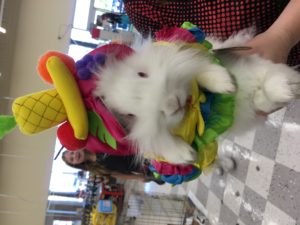 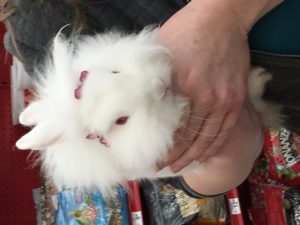 It is REALLY difficult to be dignified when you are wearing barrettes or fruit!

Many of us have heard of oysters Rockefeller but how many have heard of Oysters Kirkpatrick? We saw this on the menu at Sly’s in Carpenteria, CA while having dinner with friends.  This variation of baked oysters includes bacon and tomatoes. The bacon really accentuates the oyster flavor! Try it if you see it on a menu… 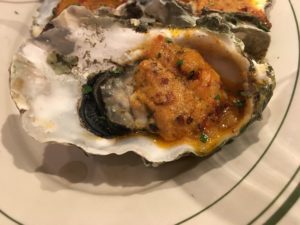 Did you know that unlike other cut flowers, the stem of a tulip continues to grow AFTER the flower is cut?

I didn’t…until I went to Holland.

During one of the workshops that we presented in Holland, there were two beautiful 3 foot high clear glasses bamboo shaped vases with tulips near the electrical outlets where I was plugging in our electrical equipment for the class for 4 days. I noticed that every day, the tulip stem seem to be growing longer… not just bloom like regular cut flowers. I asked one of our organizers (who is also a florist) within earshot of several ladies who were attending the workshop, if the tulip stem was growing or was I imagining it. All of them gave me a funny look. They were probably wondering why a woman in her 40s, a college and medical school graduate would ask such a bizarre question. Finally, the florist said yes, the stems of tulips continue to grow AFTER you cut them. That’s why if tulips are part of a bouquet, they tend to lean out of the arrangement by the time they bloom! I can’t say I ever really thought about tulips much before I went to Holland since tulips in the US are rather boring flowers.

Then, we went to the Keukenhof! This is an annual showcase for tulips (and other flowers) in Holland that runs approximately April-May and attracts visitors from all over Europe (and the world). Let’s just say I finally realized that I knew NOTHING about tulips. There were tulips in that show that did not resemble any tulips that I had seen. If you want to see the famous black tulip, go later in the month since they tend to bloom later than other tulips. 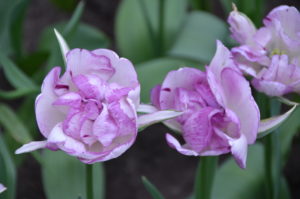 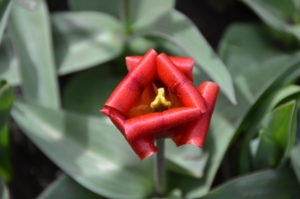 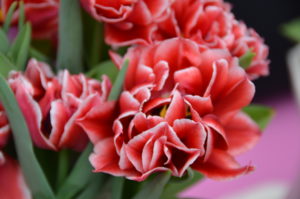 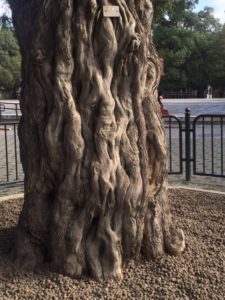 Never say there is nothing beautiful in the world anymore. There is always something to make you wonder in the shape of a tree, the trembling of a leaf.
Albert Schweitzer

Mind Spa: Offerings of images and ideas to relax our minds and broaden our horizon.

Some people love the sunrise. I, on the other hand prefer sunsets… not exactly as the sun is setting but the glow that sometimes immediately follows. We were walking on another part of the beach when I saw a golden glow in the trees off in the distance. Following that glow, we found this little bay bathed in glorious golds, pinks, and blues. About a dozen photographers, some with tripods in the bay, also agreed that this was a breathtaking sunset.

Have you ever looked up at the sky as you are driving to or from work and noticed glorious rich colors? Have you ever noticed that the clouds make the sunset much more interesting? 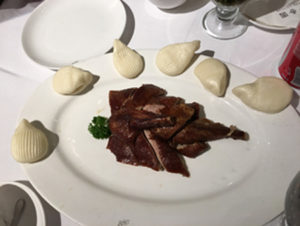 Having tried smoked duck in a previous year in Beijing that was dried & quite forgettable, we ordered only half a duck. This duck was delicately smoked with delicious crispy skin and meat so tender and moist that it made us regret not ordering the other half.

Have you recently tried a food or activity that you tried before but did not have a positive response to the first time? Maybe the second experience will be better than the first.